Rob became a Christian at the age of 17, largely due to the Y2K scare of 1999. Fearing that the world was going to end, he made his way to a local Bible Church in Fonda, NY. For the first time in his life, a pastor (Wade L.Prime) showed him in the Bible why he needed to be saved. He trusted Christ alone for salvation on December 19, 1999.

In 2004 he met his future wife Mishael while attending Bible College. He completed both his Undergrad and his M.Div. in Biblical Studies at Liberty University and his D.Min. from Southwestern Baptist Theological Seminary. Rob and Mishael have four awesome children together, and he has served in various aspects of full-time ministry since 2007. In 2016 he surrendered to the call to plant a church in Albany, NY. He was the founding pastor of City Rise Baptist Church which merged with Calvary Baptist on Easter 2021. The church changed its name to Redemption Hill Baptist Church, where Rob is now the lead pastor, located in Albany, NY. 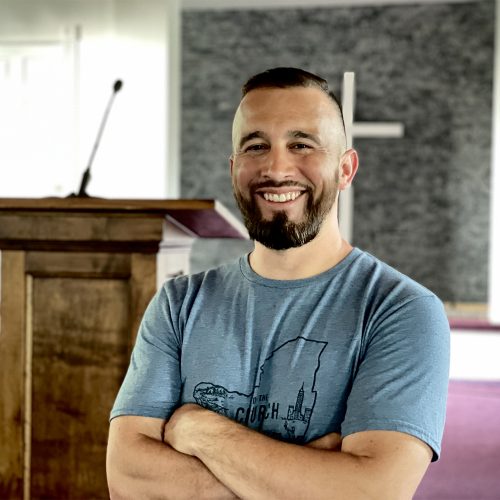